– Analysis software for routine clinical use is almost non-existent — yet is vitally important to help improve diagnoses.

Adobe Photoshop launched in 1988. JPEG and MPEG standards came out in 1988. And the first digital camera debuted in 1988. That these three events all happened in the same year was pure serendipity.

These independent events, spearheaded respectively by Adobe, Joint Photographic Experts Group, and Fuji, provided the hardware necessary to transform analog into digital, and the software required to analyze it. That it happened in the same year was coincidence, but it was no accident that digital photography rapidly became mainstream in subsequent years.

Medical imaging, however, has not been fortunate enough to enjoy the timely combination of digital know-how and software development, and the trend is about to repeat itself in the area of next-generation sequencing (NGS). For all practical purposes, analysis software for routine clinical use still is almost non-existent.

Two previous examples from medical imaging should demonstrate the folly of not linking analysis software with the underlying digital medical breakthrough.

England’s Godfrey Hounsfield of EMI Laboratories invented computed tomography (CT) in 1972. GE and Siemens installed the first clinical CTs in the early 1970s. But image analysis software to interpret these images lagged by two decades. To be fair, homegrown algorithms for display, visualization, and analysis were used by academic medical centers as early as the 1980s. However, commercially available, industrial-strength packages did not become mainstream until the early 1990s. Shortly thereafter, digital imaging in medicine truly took off.

Moving from radiology to pathology, the chronology was reversed. The first packages for analysis and visualization of pathology images were available in the mid-1990s and were applied to extremely small regions of interest taken from pathology slides in various laboratories. Aperio and BioImagene commercialized the first industrial-strength whole-slide scanners for tissue slides nearly 10 years later. Much like in radiology, it was the combination of scanners and analysis software that made digital pathology take off and laid the groundwork for routine clinical use. 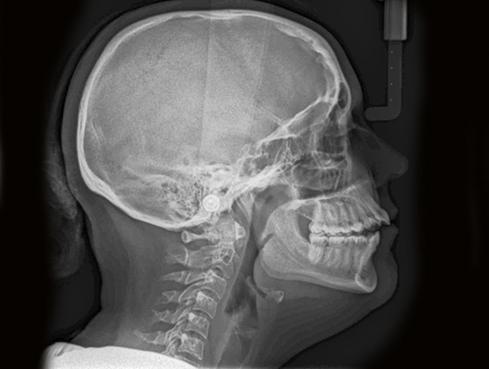 Radiology and pathology have amply demonstrated that clinical use of imaging — rich sources of diagnostics information — is only feasible with analysis software that can cope with the complexity and can scale up with the number of dimensions and the size of the data. The issue is only getting more acute. For each of the examples above, dimensionality is up, data size is way up, and the complexity of analysis software is way, way up.

Some efforts are under way in NGS to address this problem, but this will be a potentially decades-long journey. Numerous academic medical centers and companies such as Foundation Medicine, NextBio (recently acquired by Illumina), Omicia, CollabRx, Strand Genomics, and Core Diagnostics have collectively invested some of the smartest minds and many years of work in developing algorithms and analysis software for interpreting NGS data. The applications, however, are limited to oncology and genetic disorders.

This is just the tip of the iceberg. Applications in areas such as metabolic disorders, neurodegenerative disease, and cardiovascular disease are on the horizon, yet much of the focus is on small segments of variation such as single-nucleotide polymorphisms. Although these might be steps in the right direction, there is still difficulty in understanding how to combine genotypic and phenotypic information in a meaningful way. Routine clinical use by physicians is still many years away, with challenges including education, awareness, and regulatory and reimbursement barriers.

But as with most things in medicine, with time and technology, progress is inevitable such that we can move from analysis to interpretation to action. But that progress can only be truly realized if we acknowledge that the “S” in NGS also must represent software.

Ajit Singh and Akhil Saklecha are managing directors at Artiman Ventures, an early-stage Silicon Valley-based venture fund that invests in white space companies that create or disrupt multi-billion dollar markets. Dr. Singh is also a Consulting Professor in the School of Medicine at Stanford University. Dr. Saklecha is an Assistant Professor in Emergency Medicine at Northeastern Ohio Universities College of Medicine and continues to practice on a part time basis at Good Samaritan Hospital in San Jose, Calif.